We are currently witnessing the highest levels of displacement on record (UNCHR 2018) with an unprecedented 68.5 million people around the world having been forced from home. Among them are nearly 25.4 million refugees, over half of whom are under the age of 18. Sicily continues to be the most active port of disembarkation in Europe with over 56,000 refugees having arrived since January 2017, in an attempt to escape poverty, climate impact and war in their home countries (Operational Portal Update July 17). Amongst them you find young women arriving alone and frightened, but these young refugees are as resourceful and brave as they are vulnerable.

The Youthful Herbal Chocolate Project aims to build the capacity of these young women to begin a new life as they arrive in a region with the richest concentration of biodiversity in Europe, in terms of medicinal and aromatic herbs. The project combines the wild herbs of the Iblei territory with the traditional art of chocolate making in the city of Modica, with a view to creating opportunities for the young women to specialise in organic herbal chocolate making.

Led by Gaia Education in partnership with the migrant welcome centre, Passwork, and the social cooperative L’Arcolaio, this project intends to support the professional development of young female migrants and to indirectly support the emerging mosaic of regenerative medicinal and aromatic herbs, small-scale growers and the cooperative of chocolatiers of Modica.

When the Spanish were ruling Sicily in the 16th Century, conquistadors went to Mexico and brought back cacao and the recipes needed for what the Aztecs called xocoàtl: a paste ground by a smooth round stone called a metate. Unlike the often over-sugared and creamy snack we know as chocolate, the original xocoàtl was bitter and was used to enhance sauces for meat dishes, grated over salads or eaten on its own as a dietary supplement.

The social component of the project supported the young women to learn by engaging in participatory processes, scenario planning, collaborative communication, advocacy and leadership development. This strengthened the sense of community while embracing diversity. 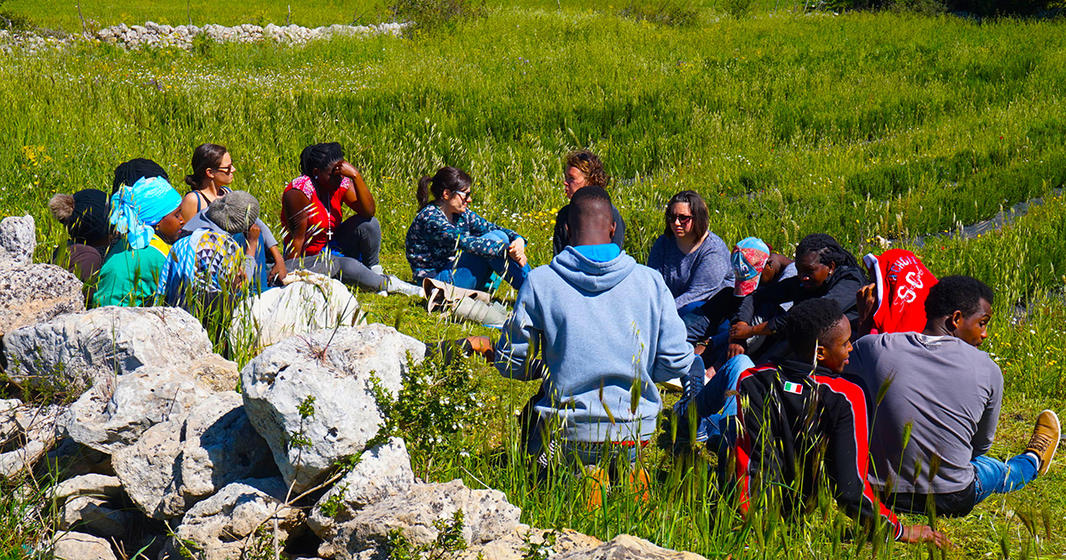 The herbal component of the project supported the young women to explore how Mediterranean herbs can be used to support their health and well-being.  They learnt how to identify common species of aromatic and medicinal plants of the Iblean region through observation, touch, smell and comparison. During field work they recognised the best growing environment for herbs and practiced harvesting rosemary and fennel. In the laboratory they were guided on the multiple steps for drying herbs and built their own reference library on Mediterranean herbs and their usage to optimise energy, sleep and mood. 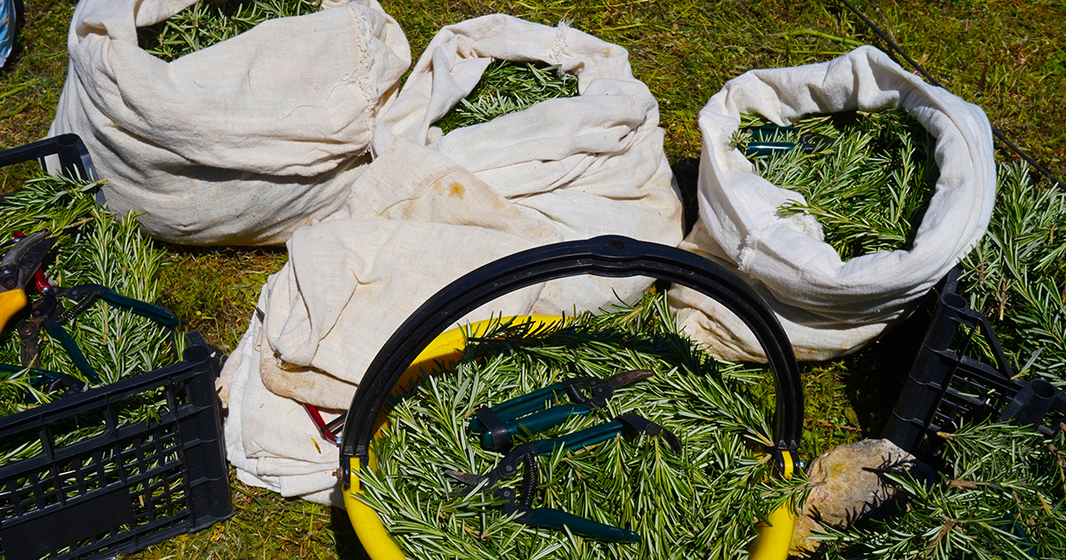 Milestone 3: From Tree to Bar - How does cacao turn into chocolate?

During this module young women engaged in all stages of chocolate making – from tree to bar, including the transformation of the wild cacao beans into liquor, butter, powder and chocolate. Through practical sessions they became acquainted with different forms of chocolate – from white to dark and how these can be combined to make a variety of products. They also had an introduction to sweeteners – how we can sweeten chocolate with natural sweeteners and non-dairy fats such as almond and hazelnut butter.

Five main chocolate recipes were created. Participants also identified a series of Sicilian herbs and ingredients to be added to the four basic recipes to  create seven potential chocolate prototypes: In this module young migrants learned how to build a basic product costing model – from ingredients to production costs. They began by discussing the features, qualities and health benefits of chocolate as a product and from there’ explored how to develop an operational plan taking into consideration the manufacturing process, resources, machinery and labour costs.  Through lively exchange they identified all types of costs which needed to be included in the business plan – raw material (herbs and cocoa per kg and per gram), and labour and factory expenses. Finally they calculated the break-even point for the business and priced their chocolate using the collated cost data. 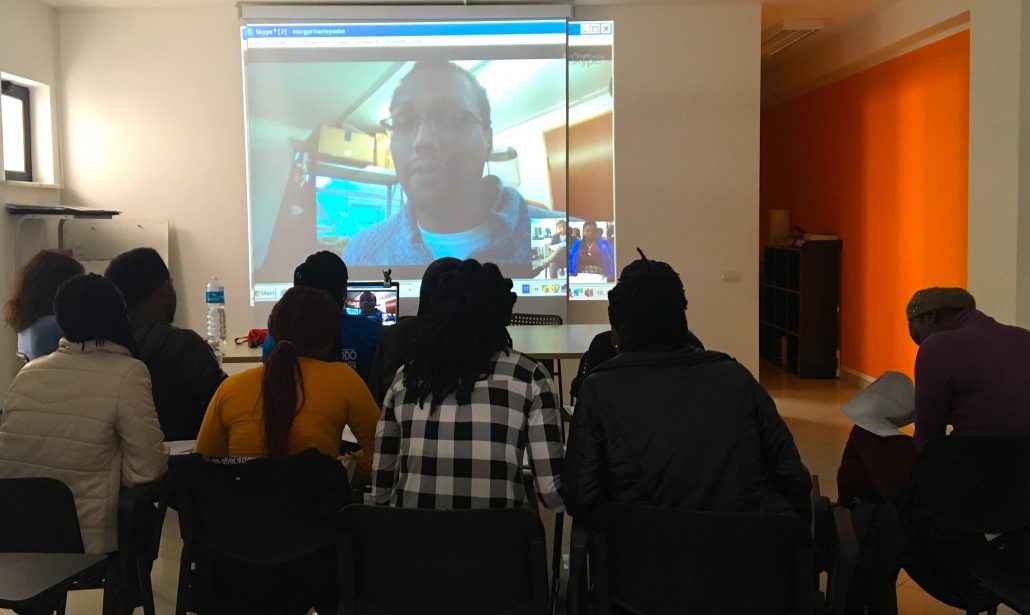 The technical sessions took place at the 150 year old family pastry shop, Antica Pasticceria Corsino, where the young migrants were introduced to traditional Sicilian chocolate-making.  Rooted in the ancient Sicilian pastry tradition, Corsino uses strictly the best Sicilian ingredients found close at hand. Walnuts, oranges, pine nuts, lemons, mulberries and figs are all collected directly by the family Corsino in Palazzolo, with almonds from nearby Avola, pistachios from Bronte, and vegetables and fruits from their own vegetable garden. With the mentoring support of the master baker Signor Sebastiano, the young women refined their recipes and created their first chocolates in six different combinations: 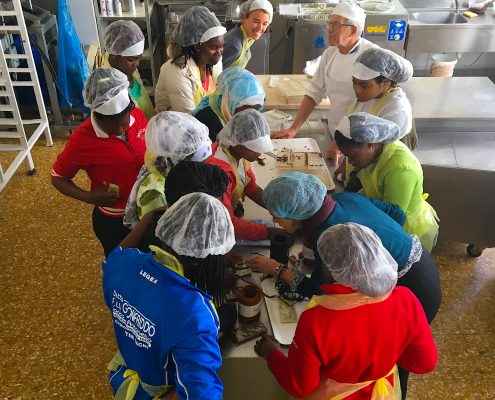 Milestone 6: How to develop a chocolate brand people can’t stop talking about

Young migrants engaged in two branding sessions which introduced the importance of developing brand elements such as logos, symbols, packaging and signage in a way that tells a story that resonates with consumers.

This was followed by a discussion of the positive impact the association between a brand and its region-of-origin can have on consumers’ brand perceptions. They discovered that while the most creative names and packaging need to be captivating, they must also embody the spirit and story of place that consumers can emotionally connect with.

They went on to develop mind-maps identifying qualities they would like to see their chocolates associated with, such as natural, healthy, joy, herbal, bliss, and from there started to ‘heart-storm’ some potential names for their new products. 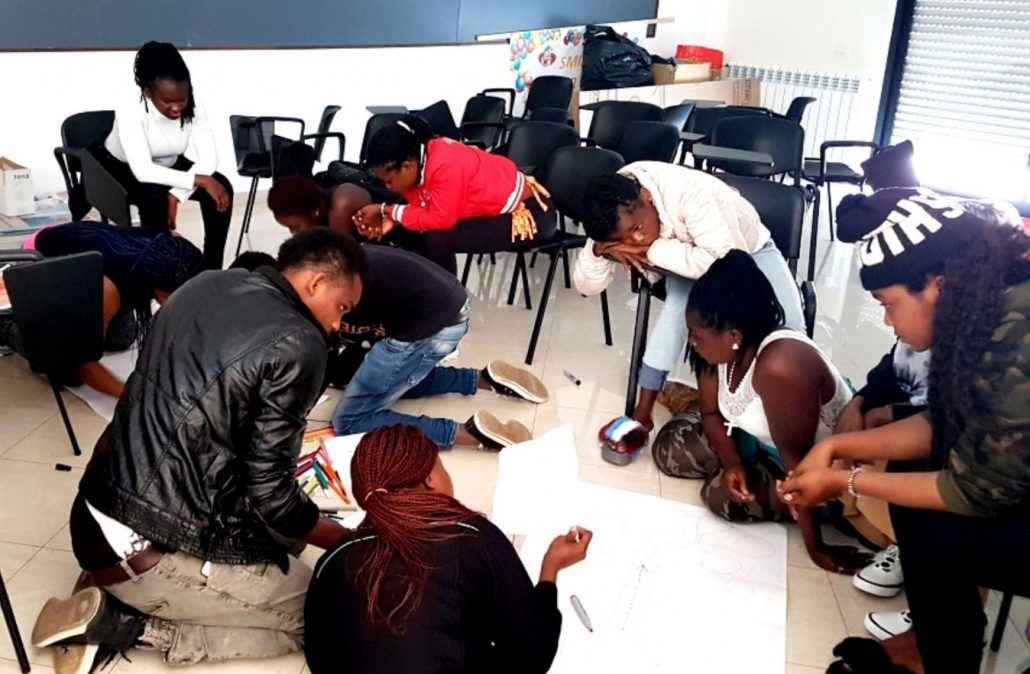 Five hundred chocolates developed, branded, handmade and packed by the young women migrants settling in Sicily, were brought to market for the first time at the LUSH Showcase 2018 in Manchester.

The vibrant, varied and interactive LUSH Showcase presented a cosmetic revolution where plastic is outlawed and raw materials are sourced through regenerative projects such as Youthful Herbal Chocolate in Sicily. Controversial conversations from inspirational speakers and change-making stories combined with live music and the latest updates on their products attracted over 2,000 people.

All four flavours of Courage Chocolate were sold-out over the two days, attracting great interest from the engaged LUSH public, eager to know where to source more. 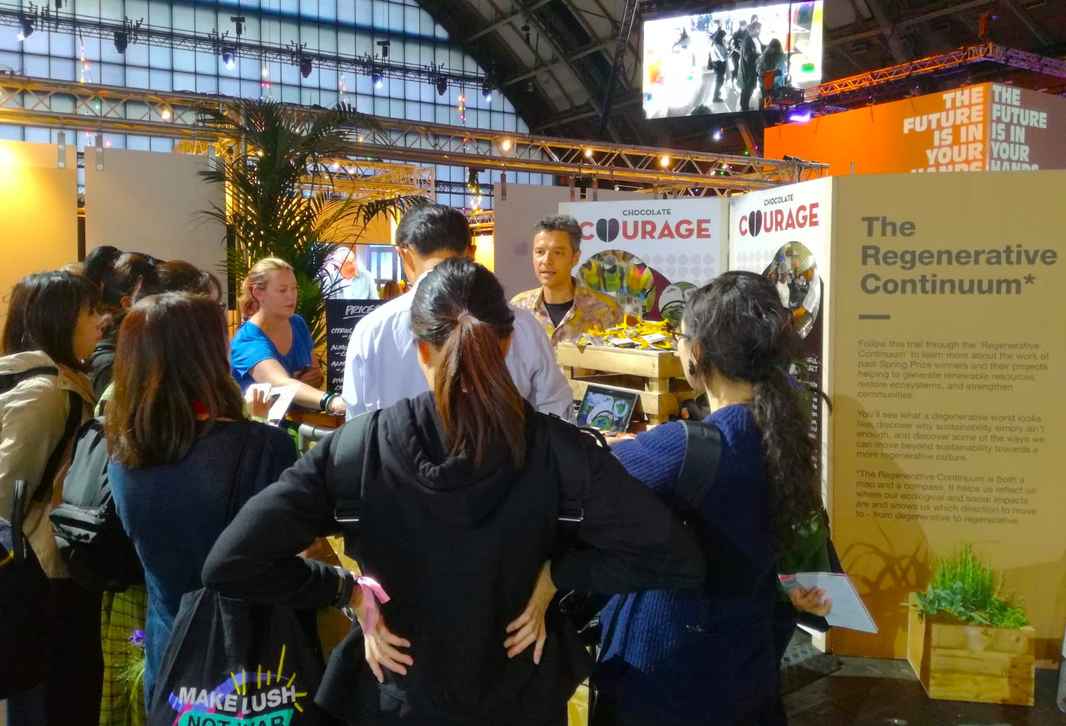 In 2020 Courage Chocolate and Sicilian social cooperative partner L’Arcolaio have been working on producing and selling two herbal flavoured chocolates: 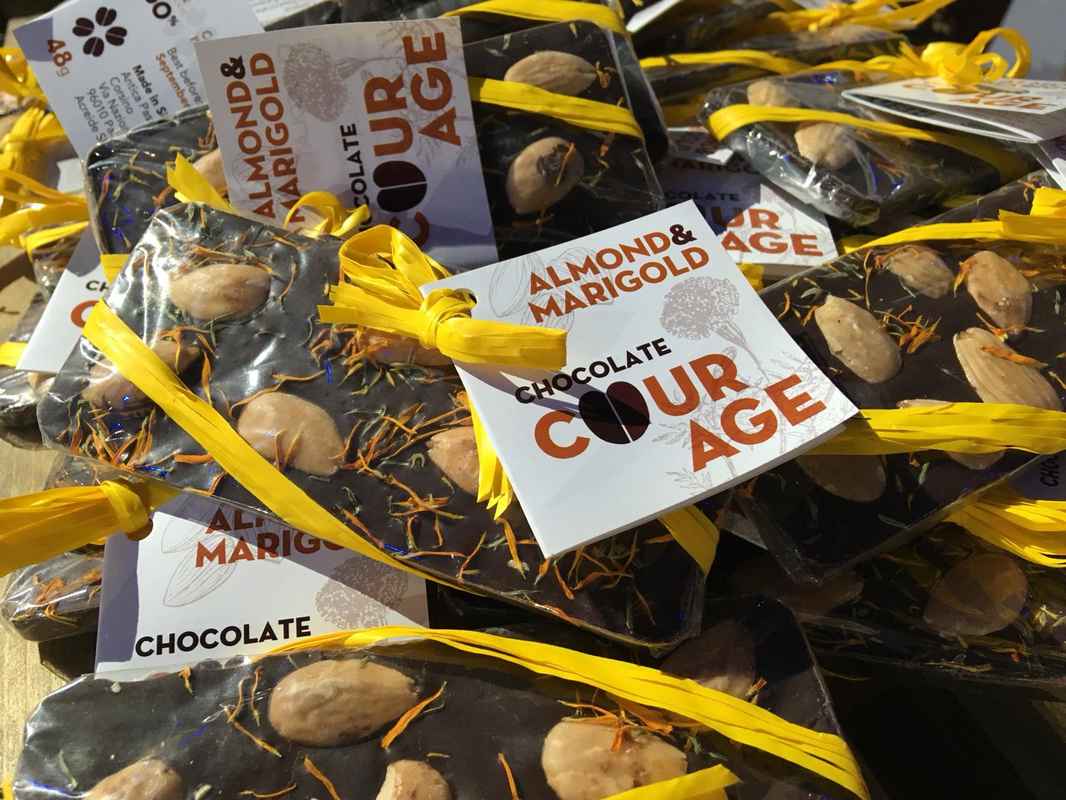